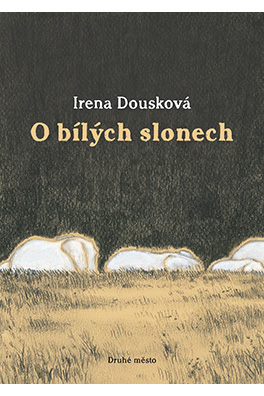 This shorter work of prose is set in the not-so-distant past in a village close to the town of Beroun in Bohemia. In the course of one week, in short, interconnected episodes, the children´s counting-out rhyme works itself out: Luck, Bad luck, Love, Marriage, Doll, Cradle, Countess, Death. The prose has a subtle, balladic tuning; the atmosphere evokes the billowy air of summer over baked asphalt, through which true narrative jewels flash discreetly. Exquisite reading!

"White Elephants – one reason to ask about totalitarian rule.

White Elephants, the new book by Irena Dousková, comes over in a similar spirit to that of her B. Proudew and Onegin was a Rusky – the action is again set against the background of the communist regime and the ever-present fear of the times, shared both by adults and children.
Nevertheless this latest work by Dousková actually makes quite pleasant reading. Human stories are the same under all regimes, and despite the fear and the powerlessness there was also love. In any case Dousková is just as oddly tough as she always was, using colloquial language in her narrative and not just in the dialogues between her (rural) characters, with a painter's sense she dabs on a sad autumn omen here and there into the late summertime. The butcher's van, the grey old man and the dreadful timetable rollers, whose meaning and usage instructions we do not know to this day, evoke memories of the eighties, which readers can revisit with ease from the very first pages of the book.
Children's counting rhymes are somewhat reminiscent of Radůza's lyrics – sometimes laughably simple, but with the power of everyday poetry, as if bearing the message of an ancient myth. Just like the tale of the petrified white elephants or the Jewish girl hidden in the cave.

The chapters entitled Joy, Sorrow, Love, Marriage, Fable, Cradle, Sable, Death, refer to a children's ditty, which in a billowy summer field could take on balladic overtones regarding the finiteness of human life. However, the orange hue of Lucie Lomová‚s illus­trations moves from summer to autumn and just as the latter must inevitably come round in the cycle, so too must the final chapter on death, which in the story of the grey old man and the tragedy of the countess driven out by the Communist regime intertwines with those of the previous chapters.
White Elephants is shorter and simpler to read than Proudew, but then again it is easy to imagine it being filmed or staged. The characters emerge distinctly out of these hundred pages. Such emergence was referred to specifically by Umberto Eco when he reproached Hemingway‘s old man for saying of himself „I am a tired old man“: „Don't say it, old man, show it!“
Dousková is able to do this – she will never say what her character is like in a long-winded description, but the reader will get to know this from briefly sketched situations and behaviour. That is also why Dousková is such rewarding material for the theatre – the images emerge from her books of their own accord.
White Elephants will take older readers back twenty years and remind them of the absurdity of the era. After reading this book, younger readers will have a reason to ask their parents how they lived at the time, if they were also afraid, how much they gave way to it and why there were queues for meat at the butcher's van and pork tenderloin was only to be had under the counter.”

"The author’s latest fiction work bears the simple title White Elephants and comprises an ingenious composition of eight short “scenes”, with a counting-out rhyme providing the compositional key and the symbolic subtext.

Overall the author’s short stories create the impression of a watercolour depicting the recent past with gentle strokes, with the complexity of life shining through beneath the bright, poetic contours of a child’s vision."

"A gloomily accurate picture of an awful time.

In her mini-stories, Irena Dousková  quite convincingly describes a Central Bohemian village during the dark Husák era. It wasn’t that long ago, after all. And God knows what still awaits us..."

"Novelist Irena Dousková has returned to the short story two years after her novel Onegin was a Rusky. She has authored eight of them in her latest work White Elephants, stringing them together on a children’s counting-out rhyme: Good luck, bad luck, love, marriage, fable, cradle, sable, death.

Whereas in the collection What Makes This Night Different (2004) the author worked primarily with apocrypha and allegory, in her current work she moves within the confines of quasi-memoir. She has set her stories against the backdrop of a nameless village to the south-west of Prague in the mid-1970s and woven the protagonists together into a tight web of relationships: love and hate, compassion and contempt, awe and admiration. These actors are ordinary, everyday folk, but not without colour, each embodying a unique destiny that mirrors part of grand-scale history.  Their stories have surprisingly little plot, but this just heightens the atmosphere all the more intensely, evoking a sensation described by the author as “the smell of time”.  It is this gentle fragrance, wafting through the soporific, suffocating normalization doldrums, that brings an element of chance into these wistful, balladic texts, a chance of release, a chance to retain some personal freedom, whether in the form of faith, an immediate strong emotion, the fantastical apparition of a long-dead girl or the titular myth of the white elephants. Douskova’s latest work is important: she offers an accurate anamnesis of an awful time, but not primarily with anger or hatred, but  rather with a compassionate smile."

"In form, this work comes closest to the short story collection What Makes This Night Different (2004), which contained nine short stories arranged chronologically, with Dousková setting the first text in biblical times and the last one in the 1970s.  In that work the author exposed her protagonists, isolated or stigmatized people without power or influence, to the buffeting and pressures of history.

White Elephants comprises eight short stories, but here the unity of time and place, and the overall interconnectedness is much tighter: a small village near Beroun in Central Bohemia during the normalization era, the local authority, the church, the cemetery, the pub, a microcosm of neighbourly relations and pseudo-relations often under the influence of alcohol and politics. A backwater. A hole. The modest ensemble of characters perform throughout the individual short stories, and the plot develops slowly in outline until the work culminates in the death of one of the protagonists. These are scenes with modest plot development, as more important than its twists and dénouements are the details and depictions of the atmosphere of the time and place. On the book’s jacket flap the balladic tone is described as gentle - and indeed it is.

In terms of subject and theme, Dousková has again bored down into her most productive seam to date, into the layers of memory accreted during Husák’s normalization era, when she grew up and came of age.

(…)  Out of all the author’s short story collections this one is the best. It shows how Irena Dousková has made progress in the writerly craft, and how she can now release the thing from its ornamentation, revealing the essential and archetypal within."

"A Central Bohemian tale in eight chapters, this is how people lived here. This is the ordinary life of Czechs sometime in the latter half of the 20th century, as older stories inevitably impinge. As for the white elephants, this is a tale told to Kamila by her grandmother. They are said to have been spellbound fast in the hills around Zdice and will supposedly come to give help when needed, but who knows? Dousková is able to describe the strange lethargy and adversity behind a life that might seem idyllic to city dwellers." 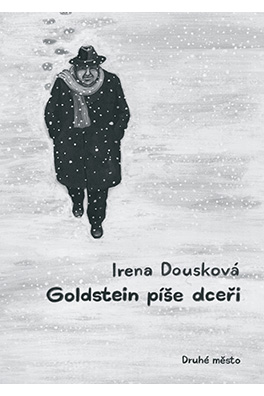 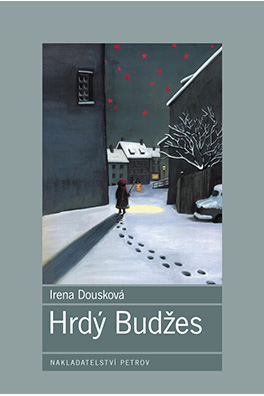 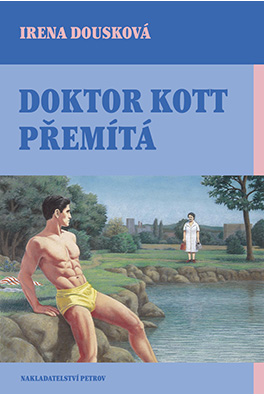 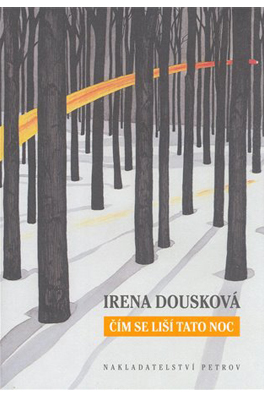 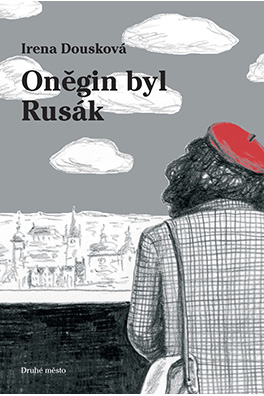 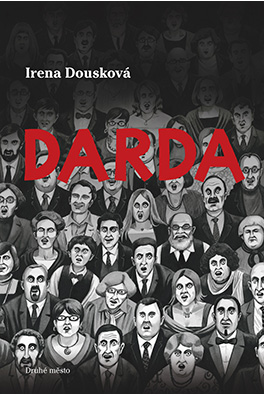 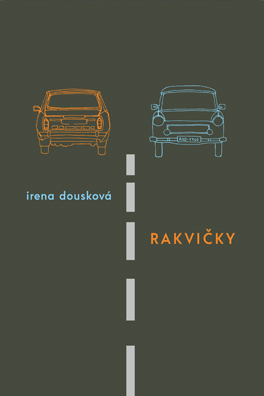 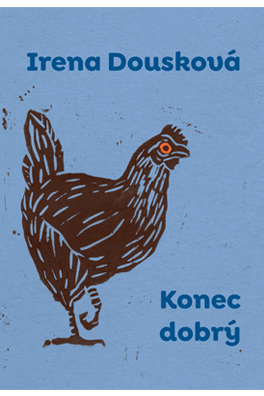