The Folly of the Doctor of Winnetouology 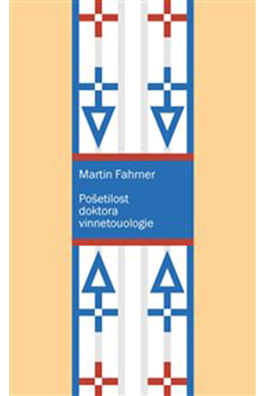 The protagonists of The Folly of the Doctor of Winnetouology are three fellow students. Their friendship is due to a shared combination of tastes and qualities which include a liking for practical jokes, a directness and guilelessness, loyalty to one another and an urge scale the heights of life. But though age overtakes them and fate employs various means by which to squeeze them, their ability to marvel withstands the ravages of time.
This book about friendship, about the overcoming of the weightier problems life serves up, about Good and Evil, has something of the fairy tale about it.

"Fahrner has the rare ability to be simple without being superficial, to be powerful without the need to rely on an expressive vocabulary, to take the optimistic view in a fashion which convinces. [...] Among Fahrner's strengths are the scenes in which he achieves an almost filmic emphasis. He is a writer who builds his tale and moves forward his plot in short chapters and with maximum economy. And most precious of all: as we read his book we are all the time aware that it is possible to exist in the space between the small-town idyll and the 'wilder' fictions of today, that a gaze seemingly naive and full of hope can succeed in capturing 'what is important' in life."
Ondřej Horák, Lidové noviny

"Petr Šabach? Ota Pavel? Perhaps even Robert Fulghum? It doesn't take much to find hints of all three in Martin Fahrner's latest, The Folly of the Doctor of Winnetouology. In The Invincible Seven Fahrner showed us once before how interesting a work about the fortunes of a Czech family at the end of the 20th century can be, a work which is entirely unexperimental, traditional, and sedately told.
The writer's approach to the story of three friends from a teacher-training school is similar, with a reliable narrator and a hint of nostalgia, a benign philosophy and a rather unexpected, and for that the more welcome, slice of humour.
[...] At a fundamental level this writer's view of the world does not change; his heroes fight for a little private happiness to add to the condition they demand of themselves – that they should remain decent people. And it is this, of course, which leads them into situations they find difficult to deal with. They have the good fortune to know that if all that you fear comes to pass, 'in place of the fear there appears an unknown, inexplicable feeling of freedom which fills you with joy'. Fahrner's practised hand scatters throughout the text such examples of Buddhist-like wisdom, on occasions using them to form the uninsistent centrepiece of a chapter."
Stanislav Dvořák, novinky.cz

"Once opened, this book will refuse to grant the reader safe exit from its world of smiles and melancholy. Fahrner's tender, cruel storytelling world is well worth a visit."
Tomáš Sedláček, Czech Radio 3-Vltava

"To visit the doctor with a gash which apart from blood contains sardines in oil and penicillin for use on calves is no everyday occurrence. To his great credit Martin Fahrner is able to describe as if spontaneously such bizarre events so as to make them convincing. But do not be misled, The Folly of the Doctor of Winnetouology is no freely expressed trail of strange happenings. It is founded on a powerful story, the heroes of which are three friends from student days. Descriptions of how life grinds a person down and robs him of his ideals are hardy anything new, but with Fahrner an impression of banality and feelings of boredom never encroach."
Patricia Drati, Elle

"The heroes share a combination of tastes and qualities which include a liking for practical jokes, a directness and guilelessness, sticking to one´s principles and the urge scale the heights of life. But though age overtakes them and fate employs various means by which to squeeze them, their ability to marvel withstands the ravages of time."
Knižní tipy [Good book tips], iDNES.cz

"This work of Fahrner's is not a series of funny stories about classmates at a teacher-training institute. It may be that good works are not valued, and they may even produce bad results; friendship may change into hate or indifference and an unwillingness to listen. Within us all is a little piece of Winnetou, hovering on the edge of honour and integrity, though the daily quest for the lost totem has little in common with the treasure of the Silver Lake."
výběr-knihy [Books Selection], Salon 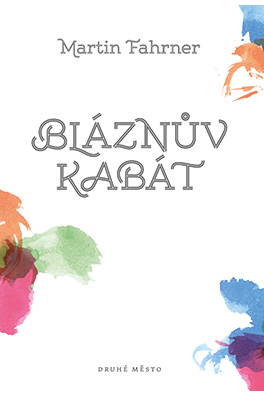