In recent years there have been few works to take as their subject matter our recent past. And perhaps not one of these has taken as its principal theme collectivization in the villages of the 1950s, at least not until Jiří Hájíček's novella Rustic Baroque. Hájíček was born in 1967, so he grew up long after this dark period in the life of the country-dweller.
To all appearances the story has unremarkable beginnings one hot summer in the gardens of the castle in Třeboň. Pavel Straňanský is a genealogist who works in the archive putting together family trees, mostly for wealthy expatriates searching for their roots in the old country. A somewhat unusual commission draws him into a relatively recent story which sparks his attention – that of village beauty Rozálie Zandlová and the farmers of Tomašice village.
This solitary seeker wanders around in the South Bohemian countryside, his task to reconstruct from the records of old chronicles and the testimonies of surviving witnesses the story of a statement which landed several farmers in prison. But the threads of the story become more and more tightly entangled, and Pavel discovers that all his detective work, which brings him right into the present, uncovers no clear answers, indeed only further questions. And these questions are always the same, regardless of whether they relate to a story fifty years or just a few weeks old. How should we handle our guilt, our urge to take revenge, forgiveness? And what power does the past work over us?

More about the English edition of the book: realworldpress.cz/our_books.html

"[...Hájíček's novel] focuses on a time of radical change, and this serves to invest the characters with a basic dismay which has the quality of timelessness. We find here a deposition on human nature, evidence of cowardice, intransigence, envy, relentlessness; but we also find love, empathy and tolerance, all of which form part of an ongoing historical and personal process of conflict."
Emil Lukeš, Tvar

"As a writer of prose Hájíček has reached maturity. He has populated this work with a great many figures, all of whom bear the face and the character of a true individual. It is only prudent to name Hájíček among the greatest phenomena of recent Czech literature. His use of language is highly polished, he has a keen sense of the drama implicit in events and he knows how to 'carry his point' through to the final paragraph of his tale."
Milan Jungmann, Tvar

"Jiří Hájíček's fifth consecutive work of prose is a literary event of the highest order.
The author has succeeded in writing a tale which is at once spellbinding and undemonstrative, and which addresses some of today's bigger questions.
In the 1990s the Czech reading public anticipated eagerly – but in vain – the emergence of a 'great novel', a work which would remould the reality of social transformation in a formidable tale. But recently even the most patient had given up the wait: no longer was there talk of a great novel. But with his Rustic Baroque Jiří Hájíček may well have brought this forgotten topic back to the coffee-house table. In slightly under 180 pages he has managed to capture the major yet little reflected-upon turning points of our time. We confront the recent past in juxtaposition with the present; town meets country; we witness success and its opposite. We come to the conclusion that this most gripping of tales is a treatment of guilt, punishment and truth, and we learn to anticipate a surprising finale."
Petr Zídek, Lidové noviny

"As a novella whose plot is reminiscent of a detective story, the tale is unfolded in (practically) flawless fashion. It is full of suspense and presents situations which are sufficiently dark to promote anticipation of surprise revelations. But the action takes place on the thin ice of the recent past; it toys with the very real tragedies of the 1950s."
Milena M. Marešová, www.czlit.cz

"Rustic Baroque is a good book. [...] Hájíček has succeeded in finding the only appropriate way to comment on the highly controversial subject of historical memory and guilt– basing his thoughts on the assumption that such terms have always been and will always be relative. Although he maintains the illusion of a division into good and bad (black and white) almost to the end of his tale, he has chosen (wisely) to close his novel with questions unresolved of guilt and forgiveness, victim and executioner, the eternal quest for Truth. Indeed, the author's greatest strength lies in his unwillingness and inability to play judge.
At first we might ask ourselves if it is right to class Hájíček among our finest writers of prose. After all, in what does 'quality' in prose consist? To put it simply, it contains a good story by which the writer is able to persuade the reader, and it takes a position on something of deeper significance for humanity. By these criteria, Hájíček passes muster."
Anna Cermanová, www.iliteratura

"Jiří Hájíček's Rustic Baroque is a work of admirable intensity, in spite of the author's palpably modest ambitions: not for a moment does his tale fail to convince. We might even say that this work is one of the most important events in Czech literature in 2005."
Radim Kopáč, Právo 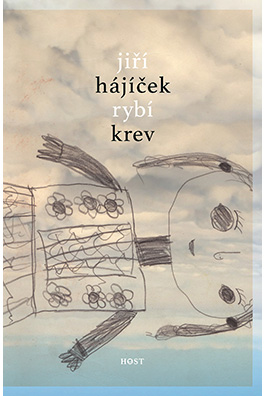 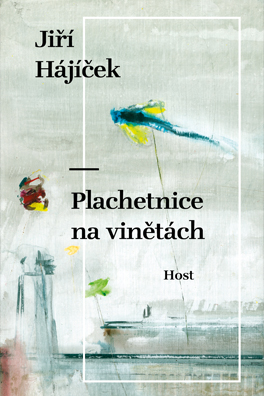