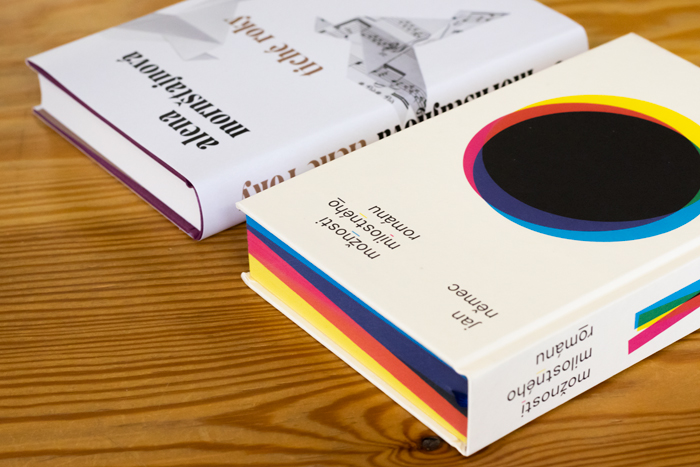 The Lidové noviny Book of the Year award announcements are one of the most eagerly anticipated cultural events marking the end of the year.

The latest annual poll, i.e. Book of the Year 2019, attracted 153 respondents from among the foremost Czech writers, critics, editors and university tutors, as well as others primarily involved in the humanities. We should add that Lidové noviny first presented the Book of the Year poll back in 1928, and just as it did in the First Republic this poll nowadays helps readers to find their bearings among the vagueries of the book market.

Below we provide a selection of the justifications for individual voters:

“Again another high-quality achievement by perhaps the greatest contemporary Czech author. A highly intense family story, under the influence of an inscrutable game of fate." (Simona Fischerová, Bohemist)

“An outstanding craftsmanlike Czech novel, without a trace of that fierce struggle between the author and her own words. At another level it is one of the most intelligent fictional summaries of the incomprehensible Czech 20th century.” (David Klimeš, journalist)

“No one who has enjoyed reading the multi-award-winning Dějiny světla / History of Light should miss out on the author's latest novel – a book full of the passion and emotion that has not been as successfully preserved for us in our postmodern world with such purity and consistency as it was for our ancestors for hundreds of years. A spontaneous testimony of love in the age of digital cholera.” (Iva Pecháčková, publisher)

“There must be plenty of love stories worth recording for their drama, weirdness or destructiveness. All the same, the way this is written shows that Jan is the greatest prose talent of his generation.” (Martin Reiner, writer and publisher)

“Why do you love me? And what does it mean to love? Seeking answers to basic questions. Cervantes' unrecognized legacy in the age of social networks.”(Petr Vizina, Czech Television editor)

Other citations include (in no particular order) the following titles:

Simona Bohatá: Všichni sou trapný /They're All So Embarrassing (1 vote)

Jan Jícha: Ředitel a hydra / The Headmaster and The Hydra (1 vote)