The Vow. A Requiem for the Fifties

The novel The Vow. A Requiem for the Fifties is an intentional allusion to Friedrich Dürrenmatt's novella The Pledge. A Requiem for the Detective Novel / Slib. Rekviem na kriminální román, and at the same time it is about a promise unfulfilled. The novel is set in the author´s fateful town of Brno, mainly in the middle years of the twentieth century. The threads of the diversifying plot are pulled along by alternating narrators who weave together a story rooted in the times of emerging totalitarianism, with its omnipresent informers. The architect Kamil Modráček is subjected to a terrible test – he confronts the death of his sister as a consequence of a police interrogation. The story then changes into an absurd-symbolic scene on revenge, the results of which assume massively questionable outlines.

Annotation of the English language publisher of the book (Glagoslav Publications):

Can something that exists merely as a literary text, say a story, come about in real life? Can reality, to put it another way, steal something from literature, the same way literature steals from reality? Such is the question that Libor Hrach, the author of The Adventures of the Wise Badger, fields one evening over a hedonistic supper in a tony Brno restaurant from Kamil Modráček, himself a burrowing animal of sorts, in Jiří Kratochvil’s novel The Vow.

‘Quite simply, I said, everything that has been written either has already happened, or is about to. You write a story, and you can never be sure if what you’re writing isn’t actually taking place two streets away from where you sit…’ If this does not send chills down the spine of the reader of The Vow, they have got a high tolerance for the creepy.

Set in 1950s Brno, at the height of Gottwald’s Stalinist reshaping of Czechoslovakia into a Communist prison, and partially in today’s independent Czech Republic, Kratochvil, alternating between the dry Czech humour of Jaroslav Hašek and the uncanny, chilling otherworldliness of Edgar Allan Poe, takes the reader on a journey such as they have never been on before: to geographic areas in the beautiful Moravian city where no foot has set since the Middle Ages, and… places deep inside all of us, where most of us would rather never venture…

Reviews for the English edition of the book (Glagoslav Publication, 2021): 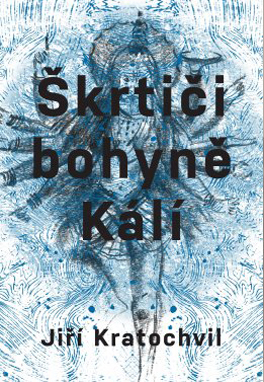