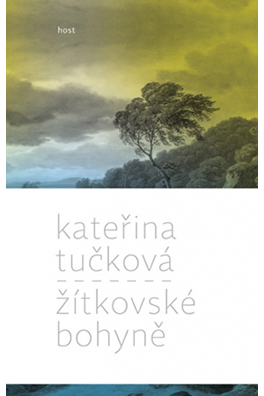 A fascinating tale of the female soul, magic and a part of Czech history kept hidden.

In the heights of the White Carpathians, dotted sparsely across the hills, there are a number of crouched buildings. Everything is far away, which is why, so they say, certain women there have succeeded in preserving knowledge and intuition the rest of us have lost, which they have passed from generation to generation for centuries. They are known as goddesses, because they are able to connect with God and ask for His help. And His interventions do help a little ... It is said of the goddesses that they see the future. So why haven’t they saved their own?

Dora Idesová is the last of the goddesses. She is reluctant to accept an outdated way of life and to read in drips of wax the futures of those who come to her, as her aunt Surmena did. But everything changes once she understands that personal circumstances she has always considered unhappy – being sent to a boarding school, Jakoubek’s institutional care, hospitalization an asylum in Kroměříž – is part of a carefully thought-out plan. It is the late 1990s, and in the archives of the Ministry of the Interior in Pardubice there is a file awaiting discovery – a file compiled by the State Security police on an enemy of the state, her aunt Surmena. A disbelieving Dora untangles details of the previously unknown fates of her family and other goddesses ...

Were the goddesses a danger to incredulous patients? Were they a genuine ideological threat to society in the years of Normalization? Or was the eradication of the last relics of paganism the work of common human envy and spite?

Annotation of the English language publisher of the book (Amazon Crossing, to be published on 1st May, 2022):

A woman delves into science and superstition, fear and persecution, and the hope and courage of belief in an award-winning and internationally bestselling novel by Kateřina Tučková.

Last in a centuries-old lineage of healing women, Dora Idesová was raised by her aunt Surmena in the White Carpathians. Resistant to superstition, Dora grew up hearing stories of the “goddesses” who were said to conjure love and curses and, through divine connection, cure the spirit and the body. Now an academic, Dora is researching the tales that for generations spellbound the hillside where she grew up. As the mysteries become truths, they reveal a stunning discovery that reaches back from the witch trials of the seventeenth century through Nazi-occupied Germany. Embarking on an emotional journey, Dora is about to find out how deeply and fatefully she is entwined with secret tradition.

Masterfully weaving together fact, folklore, and fiction, Kateřina Tučková draws on the stories of her ancestors to explore the extraordinary history of goddesses who walked the earth.

"On the backdrop of a world, in which time seems to come to a stop, the author depicts the fortunes of several generations of simple countrywomen endowed with extraordinary healing and psychic abilities, the Goddesses of Žítková. And it is a fascinating narration. A novel on a great women’s topic of faith in natural forces and incantation, a healing power of hope, but also of solitude, despair, cruelty and vengefulness. (...)
The Žítková Goddesses is among the most interesting books that have grown up in the Czech Republic on the field of novel in recent years. (...)"
Veronika Jurčová, kultura21.cz

"Release of the new novel The Žítková Goddesses (Host 2012) had been announced as a literary event. And, to begin with, we can state that this expectation has been successfully met. (...)
The story is masterfully composed, containing several stylistic planes that gradually become entwined in a single great picture. It shows us that lives do not need to be mundane, and a seemingly ordinary environment may hide great stories. I cannot remember when I last read a story with such a strong motif of realized vengeance in Czech literature. (...)
The original theme of the novel can be regarded as clearly positive. It had been waiting to be approached in a grand manner, having been only captured in ethnographic and regional literature. The author managed to recast extensive historic and folklore material into a remarkable novel. A strong story and vivid language full of images ask to be made into a movie. (...) we are presented with a novel which is a Czech literary event."
Pavel Kotrla, Týdeník Rozhlas

"The Žítková Goddesses can be read as a book about an extinct folk tradition, as a polemic between a purely scientific world view and that stemming from understanding of nature and human soul. Or as a kind of folk murder tale revealing how hatred can survive in a warped mind for decades and destroy even those who have no idea of the original injustice. Or saying that a clearly lined life does not exist, that a chance always comes into play. Or a curse?
The Žítková Goddesses are a classical and fascinating narration whose rhythm is beneficially broken by quotations from archive materials or secret police records, always carefully linguistically characterized. (...) A remarkable novel."
Kryštof Špidla, Český rozhlas

"A few really interesting books have been published recently. One of them is the novel The Žítková Goddesses by Kateřina Tučková, my clear candidate for the book of the year."
Kateřina Kadlecová, Reflex

From the reviews for the German edition (DVA, 2015)

"It is said that women with magical powers lived in the White Carpathians, on the Moravian border, until the 1950s. Kateřina Tučková tells the story of a woman who grew up in such a family. The Žítková Goddesses is a book in which fact blends with fiction to masterly effect, so drawing the reader ever deeper into the story […]

This novel excels in the subtlety of its composition and the variety of its stylistic and linguistic resources as well as by the uniqueness of its theme and its meticulous intertwining of fact and fiction. "

"The reading public obviously appreciates Kateřina Tučková’s complex prose. Although the plot is not always easy to follow, it is tight-knit and consistent in a peculiarly provocative way. Rather than presenting us with an ambiguous ending, the book serves up a number of circular plotlines, which are closed in a fascinating manner […]

Tučková has written an enchanting, thrilling story which asks a number of questions of our past and present ideas about backwardness and progress and human and social categorization, and how and why we have explored knowledge. To none of these questions do we get a definitive, or even a firm answer. Tučková prizes this ambiguity, and she draws it out in her fiction with great skill. "

"The Žítková Goddesses, a novel by Czech author Kateřina Tučková, has a decidedly esoteric feel, yet it is actually more realistic and heavier on fact than a work of fiction tends to be.

Tučková has studied a lot of archive materials, none of which explain the space occupied by mystery, magic or whatever else we might call it – perhaps because it is inexplicable. Tučková refers to this space in a way that is at once subtle, sober and psychologically sensitive, holding it close as, not a moment too soon, she cautiously reveals its contents."

In the German edition this disturbing novel is subtitled ‘A curious tale from the White Carpathians’. Readers find themselves in danger of being engulfed by a silent, sinister force. […]

Like the tightening of a screw, Dora advances towards her fate slowly and steadily. The novel’s ending is so surprising in its ruthlessness that we ask ourselves if we have imagined it. In the epilogue, the woods of Kopanice murmur and the branches of its spruces sway. “I caught myself wondering why they were moving when there was no wind.” Dora is no longer around to provide an answer. Nor is there an answer from Kateřina Tučková, whom we have to thank for this superb book."

"A masterful blend of fact and fiction."

"This novel crosses from fiction to the telling of real events, and it skips between times. It changes styles, too: long-winded communist reports give way to poetic descriptions of nature and chanted prayers and formulas. Light reading it isn’t. "

"This story by Czech author Kateřina Tučková is peculiar and based largely on fact. Although the theme gives the appearance of esotericism, the novel is not in the least abstruse. The author, a literary scholar and curator, subjects the activities of healers (known as ‘goddesses’) in the Moravian village of Žítková to the analytical view of the scientist.

In the Czech Republic, a country of 10 million inhabitants, Tučková’s fabulously thrilling and exceptionally well-written and well-researched novel has sold 100,000 copies.

It is still one of literature’s finer tasks to return us to a world of magic. In this instance, this return is a triumph."

"The novel’s introduction sets a frantic pace, as if the reader were required to go back in time two thousand and more years, for that’s how long the goddesses have lived in the Carpathians. Although at first the story has a fairy-tale quality, it becomes ever more apparent that it addresses very sensitive archive materials. " 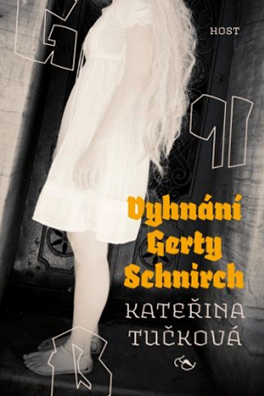 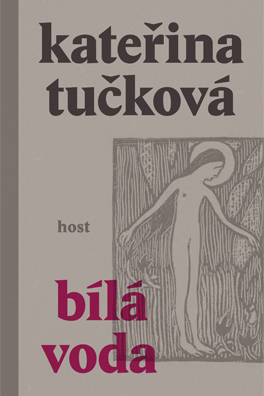