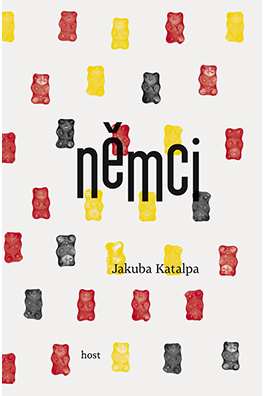 In 1987 a package arrives in the Mahler household. It is the last in a long line of packages that the family have received from West Germany since the end of the Forties, sent by Klára Rissmann to her son Konrad. But none of the Mahlers have ever spoken of Grandma Klára, and when Konrad dies many questions remain unanswered. Klára’s granddaughter takes it upon herself to find her grandmother in order to reach an understanding of her family’s past and uncover its traumas. Jakuba Katalpa’s novel takes us to the Hinterbergen of the first half of the 20th century and a middle-class family enduring hardships caused by the First and then the Second World War and afflicted by human passions and weaknesses. In the early Forties the young adult Klára finds herself in a small village in the Sudetenland, where she comes up against the mistrust and prejudices of local people.

The world of the main heroine, initially so promising, straightforward and carefree, takes knock after knock. Rose-tinted glasses are replaced by disillusionment. The reader is confronted with a question: After so many years, is it really possible to get at the truth?

The author’s fine language is in stark contrast with the coarse depiction of milestones in the lives of those close to Klára, making the theme of loss – which dominates the novel in many variations – more conspicuous still.

"So what is Katalpa's latest book like? Different to all her others, basically. It is more reader-friendly (...). In comparison with her previous books, it reads nice and smoothly, while the language is more sharply focused... not as metaphorical and experimental. But then this is also the first time that Katalpa has presented a classically turned tale with chronological passage of time, which the previous style of her books would not necessarily put across. This book comes closer to filmic depiction. For me, personally, The Germans / Němci is proof that Katalpa can write anything she puts her mind to. The fact is a great story with credible plots can't be written just like that.

Although there are not so many formal experiments, the author does not lose any of the uniqueness and distinctiveness in her vision of the world, while her terminology is precise and her ellipses are excellent. Katalpa has cast off the layer of verbal cobwebs and sets out her words precisely and prudently, while retaining her spontaneous nature, fragility, unfetteredness and creative freedom.

Katalpa is not chasing after the truth. It is not her aim to resolve historical grievances, but a more important question for her is that of identity and weakness. She describes ordinary life in complex times. For her the truth is irrelevant, disappearing among the memories and the times. As she conceives it, truth is subject to disintegration and retrospective misinterpretation, which is a very likeable approach. It is quite courageous to focus on love and ordinary life alone while letting turbulent history just float by."

"Jakuba Katalpa's novel The Germans / Němci is a straightforward tale of dispossession. This chronicle of a tragic fate is an extraordinary success for the author.

The author deserves at least some more nominations for this, and preferably some actual awards, as few have managed to present the oft-treated subject of the connections between the Czechs, Germans, wars and totalitarian Europe over the past century with such a feeling for a personal story that does not just serve as a colouring-in book of history, but as a substantial, trustworthy chronicle, all in the awareness that the experimentation had to give way to readability."

"This is such a remarkable book about alienation that it will chill you. (...) We quite clearly see the difference between worlds that were supposed to coexist, but which did not actually meet up in mutual respect and acceptance at that basic human level. The Reichsdeutsch mentality versus the Sudeten German, the Czech versus either of those German mentalities, mutual distrust, which may only be overcome by an act of self-exposure... All of this is highlighted with unusual precision. We do not find any final resolution or relief key to the future in this book, as everything remains open. And yet, or rather as a result, this is a beneficial work."

"The new novel by Jakuba Katalpa is a strong testimony with no need at all for literary experimentation.

Without evaluating anything about Jakuba Katalpa's novel, reading her book clears the mind with the simple enjoyment of listening in, letting the reader get carried away by the story of a woman who manages to fill her life meaningfully in spite of history and fate.

We are reading a story from long ago, which has no need for formal artificiality or excessive experimentation to galvanize us into considering our own behaviour and place in life, as well as the essence of the human within us. The burning issue again arises how easy it is to condemn and how difficult it is to seek the truth, if any is there to be found. This brings us back not only to "he who is without sin...", but in particular back to ourselves. And in this respect the story in this novel totally fulfils its mission."

"The notable novel by Jakuba Katalpa entitled The Germans / Němci, about their expulsion, narrates in a kind of causal way, but perhaps all the more emphatically as a result.

It is not so long ago that words like 'cause' and 'effect' were used in connection with the Sudeteners, as if people are mere cogs in mechanisms, unable to act any other way, but Katalpa's novel shows that people do have their reasons."

"And here lies Katalpa's magic, in her ability to entrance the readers: to summon them into a labyrinth of stories and to leave them to fleetingly take in the dense atmosphere of the era, clothing them in her own body, i.e. endowing them with her own senses, feeling and taste, while  leading them rapidly through her entire world built from emotions, bodily experiences and edges both sharp and blunt. And if she wants to, she mercilessly confronts them with things they would rather not see and events they would prefer to keep hidden, while she acts in an obsessive and forcible manner, despite the ever-present celebrity smiles and the overall full-stomached well-being."

"A very exciting novel that I would characterize as "comics painted in words". You read through the individual stories and images pop out in front of your eyes, which you combine and fill in, colouring them with what you learnt at school – adding the history of real live people. People with all their pluses and minuses. And thus you thread together the individual beads of human fates to ultimately be left with a tough yet tender tale of great human loss, dispossession and the quest for a new way in all its diversity. Uniquely played out fates, all the marvellously depicted characters, an excellently constructed novel and refined language – these are the chief attributes that made The Germans / Němci a Czech literary treasure last year. It comes as no surprise that the Magnesia Litera and Czech Book Award 2012 panels took note of its fine qualities."

"The Germans / Němci is a novel that is exceptionally imaginative and yet bleak, with nothing short of Zola-esque naturalism in some respects." 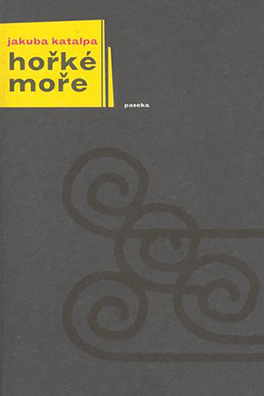 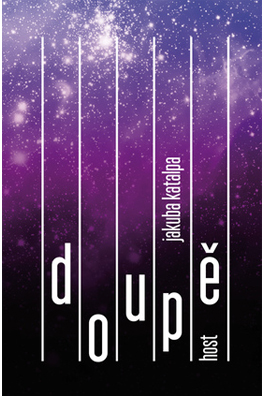