A History of Light 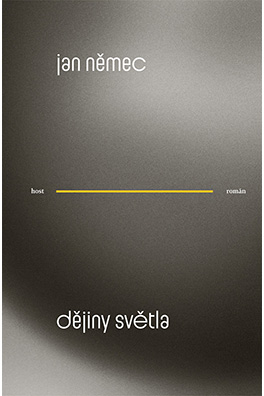 A novel about the photographer František Drtikol

Have you ever wondered what a story written by a beam of light would be like? First, the story would be ordinary but the course of events extraordinary; second, its hero would be a photographer, a guardian of light; third, naturally it would be full of shadow. So who was František Drtikol? A dandy from a small mining town, a world-famous photographer whose business went bankrupt, a master of the nude who never had much luck with women, a mystic and a Buddhist who believed in communism; a man whose many contradictions showed outwardly and were synthesized inwardly. The conception of Jan Němec’s extensive novel is very unusual for contemporary Czech prose – fresco-like, it is an artistic and spiritual Bildungsroman that covers over half a century, bringing to life the silver mines of Přibram, Jugendstil Munich and First Republic Bohemianism, with naked models wandering along the lines and light merging unobserved with knowledge … 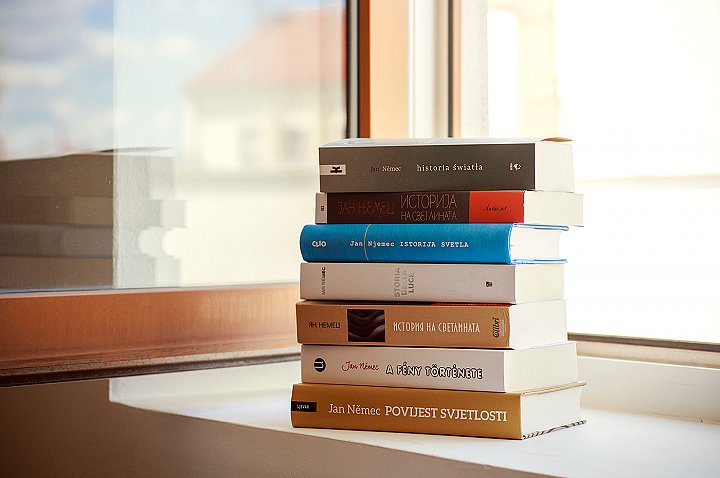 "I'm certain that Jan Němec's novel A History of Light is unrivalled in current Czech literature. And I'd even argue that it's a beacon which Czech literature has been lacking for a long time."
"The novel moves unsettlingly between imagination and non-fiction."
"The novel is assembled from elements which sometimes appear to deviate from the novel's story, but we soon realise how they in fact enhance it."
Jiří Kratochvil, writer, ČT art

"A History of Light isn't only a biographical novel about František Drtikol. Němec uses the effect of hindsight - he depicts events whose participants cannot know the significance of what's happening around them, while we are fully aware. Němec is essentially doing something similar to what Florian Illies did in the excellent novel 1913: The Year Before the Storm, where he for example lets Stalin meet Hitler in a Schönbrunn Palace garden; but the year is 1913 and none of those strolling through the park realise what atrocities these two men will one day commit.
The whole novel therefore represents a remarkable and substantial experiment, offering an account about Drtikol, the history of photography as a new art form, the cultural climate of the incredibly interesting and turbulent period around the end of the Austro-Hungarian Empire, the First World War and the 1920s, but also about the narrative possibilities of contemporary novels. And as I've already mentioned Illies's novel 1913: The Year Before the Storm, it's worth adding that Jan Němec has written a more than worthy Czech counterpart. Not only because of his ability to incorporate all the topics mentioned above into one novel in a sophisticated yet playful manner, but also because of an almost mysterious feature - the novel never loses its pace and is very hard to put down even after 400 pages."
Petr A. Bílek, Respekt

"Mystery, success and loneliness - these are ingredients for a nutritious literary dish. The author Jan Němec chose photographer František Drtikol as the hero of his book A History of Light and wrote one of last year's best Czech novels."

A great fate demands a great gesture - and Jan Němec's novel about František Drtikol was able to achieve this with the necessary breadth. He writes about the mining town Příbram as if he were holding a pneumatic drill, about the young photographer's juvenile loves as if he were in love for the first time, and about the nature of light, this substance which was so vital for the photographer, with the same wonder which Röntgen must have experienced when he discovered X-rays.

In the book, Jan Němec very successfully compiles various literary approaches - he addresses Drtikol in the 2nd person singular, the war chapter taking place from 1914 to 1918 is constructed entirely from letters. So why shouldn't he convey the final stage of Drtikol's life with silence? He does this very effectively - it's a conscious silence rather than an absence.

The title itself reveals his ambition - if you're writing A History of Light, you have to expect reactions from readers and critics comparing the result with the magnitude of the chosen task. Němec succeeded, he's readable and profound, spiritual and social."
Aleš Palán, Hospodářské noviny

"I read this novel as a manifestation of a genre which is very fertile in the world but which is more or less absent in Czech literature, a biographical novel, which combines presenting the facts and myths about the life of a personality with the attempt to portray the hero's life as a series of extraordinary and remarkable events, aiming at higher quality.

The author demonstrates his ability to study sources thoroughly and also remarkable linguistic and stylistic skills. His audience are readers of 'true stories'.

Němec is able to brilliantly satisfy the rules of this genre. And in this sense, reading A History of Light was also a literary experience for me."
Pavel Janoušek, Host

"Although this is a fictional biography, actually it ends long before František Drtikol’s death. The last fifteen years of his life are mentioned only in passing, but this does not seem inappropriate – indeed, things left unsaid and the lack of literalness make this book a compact unit. On completing it you will feel that something important has happened in your life."
Petr Mezihorák, Kulturní noviny

"Němec’s novel is an impressive work that is not without contradiction and bound to excite discussion. It is anything but a cheap offering: the author may have chosen an attractive, famous figure, but he has resisted the temptation to produce an emptily attractive, superficial novel about the photographer’s life. In a compelling dialogue with his protagonist, Němec goes down deep, into the soul, into the light with which Drtikol made his magic."
Milan Šilhan, Knižní novinky

"A History of Light has the disciplined structure of the forgotten genre of artistic biography."
Eva Klíčová, Biblio (supplement of Literární noviny)

"Although the remarkable life and work of the photographer, painter and mystic František Drtikol have already been mined several times, this is the first time they have been the subject of an extensive novel. The view in the novel of this versatile, controversial figure is plausible but not necessarily in accordance with the truth. The work proceeds chronologically, beginning in Drtikol’s childhood and proceeding to his apprentice and student years and the gradual building of his career before reaching his shift towards the spiritual teachings of the East and mysticism. The author has tried to be as true to the facts as possible; only his accounts of the perception and inner life of the famous artist are obvious fabrication."
Marek Lollok, Iliteratura

"This novel about the famous Czech photographer František Drtikol charms us by its poetic diction and archaic pathos-instilled language that is a perfect match for Drtikol’s style as we know it from his diaries. Part of the work comprises extracts from the letters of František Drtikol to Eliška Janská, so the reader can compare the distinctive voice of the protagonist with the tone of the book as a whole. [. . .] In a sense this biographical novel really is a ‘history’ of light, which is lacking in the silver mines of Příbram but later renders the ornamental character of the ‘Secession’ and the minimalistic shapes of the ‘Moderne’, the characteristic facial features of portraits and the magnificent curves of naked models; in the end this light is at the heart of the spiritual disciplines practised by Drtikol."
Šárka Nováková, Kulturissimo 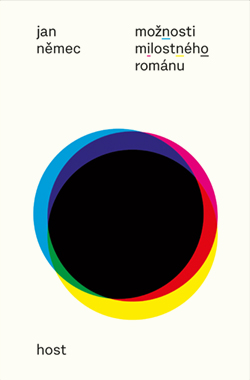