Anna, Alžběta, Anežka. Three women, three generations, one family and many twists of fate, traumas and secrets... The story begins before the First World War, when Anna, the narrator’s grandmother, leaves home with her intended Antonín for a town in the borderlands of northern Bohemia, in the face of opposition from her parents. It is as though the first letter of their names is an expression of the hope that they will start a new life there. At the same time the name symbolizes what we cannot choose for ourselves — a given family legacy that we bear always, in spite of our best efforts to change it. And also fate, whose tests we can do little to influence.

A new beginning suddenly turns into a battle for survival when Antonín is injured at the front and Anna is stricken by tuberculosis. A quarter-century later there is a new beginning for their daughter Alžbeta, who is forced to flee from the German army as it occupies the borderlands. And after half a century the hand of fate — this time in the form of an officer of the secret police — reaches for Anežka, the narrator.

The dramatic tension in the lives of three women determined to start anew, their powerlessness in the face of history, their own‘genetic code’and fate — all this the narrator recounts with understanding, a provocative detachment and a sense of self-deprecation. It is in this light that we might understand the novel’s last sentence:“Now it’s up to me ...”

Without doubt Alena Mornštajnová has succeeded in writing a spellbinding novel that works on many levels. It follows not only the lives of its three heroines but those of many other characters, too. It would seem that this novel will be a revelation comparable with All This Belongs to Me by Petra Hulová, now a Czech writer of international renown.

"In her debut work Alena Mornštajnová showed herself to be a writer with a gift for straightforward narrative, a craftsman’s sense of good writing and an ability to compose a consistent whole. So it will be interesting to see what happens with her second novel, which is also set in the years of communism." 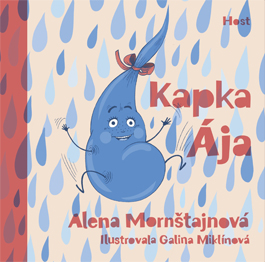 The Woods in the Home / Les v domě