Looking for a Star 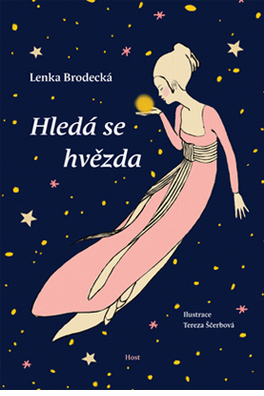 Beyond seven mountains and seven centuries lies a kingdom called Shining Stars. For many years calm and peace reigned in this land because it was protected by a mythical meteorite that once fell from the heavens. On that miraculous night all criminals were turned into eggs made of stone. Wickedness was banished. But on the day when our story begins, the very day when a new jester arrives at the royal castle, it turns out that the Shining Star—the meteorite of the myth—has been stolen. Something is going on inside the stone eggs, and the castle is bracing itself for an attack by forces of evil.

There is only one way to avert a catastrophe: by tracking down the thief and so returning the Shining Star to the castle. This gargantuan task is taken on by a couple of adorable detectives—a remarkable jester with only one bell and a little, rather lonely princess. Can these two save the kingdom? Although readers of all ages will be charmed by this story of crime and love, children aged between seven and twelve will enjoy it most.

In this children’s book, Lenka Brodecká (b.1972) admirably demonstrates how a fairy-tale setting with princesses, king and jester can provide the ingredients for a rapidly paced and quite modern detective story. A Magic Stone that protects a kingdom from evil has disappeared, and now chaos and ruin threaten. Only the two child protagonists, the princess and the court jester, can save the land by going to find the stone. The best thing about this book are its totally unexpected plot twists. They keep even experienced readers in the dark concerning who is really playing which role, whose interests are really being pursued and who is on the side of good and who on the side of bad. The illustrations by Tereza Ščerbová (b. 1982) seem at once antiquated and modern, nicely mirroring the story’s style: a clever play on a supposedly familiar plot using a novel language that gives the book a genuine freshness.

Tereza Ščerbová (born 1982) is a renowned artist and illustrator. She graduated in Illustration and Graphics from the Academy of Art, Architecture and Design in Prague, where she studied under Juraj Horváth. In Lucerne, Switzerland, she studied under Pierre Thomé. She provides illustrations for books and magazines and works as a fine artist and on various creative projects. Her book illustrations have won Golden Ribbon awards (2015, 2017) and are on the White Ravens list (2016, 2018).