A place you’ll want to read about.

Boundaries ploughed between fields and people. A pub, a small shop, pig-slaughtering. Infidelity and a funeral that goes wrong. Old married couples grown together like two trees. A life given over to the soil, the animals and the farm. All this is The Village, the story of a small community today through the eyes of one who lives there.

Josef agonizes over his son’s refusal to take over the farm, when so much needs to be done in the fields to remedy the damage caused by the cooperative. But Zbyňa won’t be moved. The Vavirek family wonder where the next crown is coming from, kindly shopkeeper Maruna tries to get along with everyone, while Láďa the butcher is keen to play away from home. As for little Petruna, she won’t be still for a moment.

The natural physical proximity of the protagonists, the work they share, their dreams of making their lives better and their self-interest are sources of never-ending disagreement but also ties that bind, as are futile efforts to heal old wounds.

The brisk narrative passes judgement on no one. And above all, it’s an exhilarating read.

[The author] is so very well able to portray individual characters in total detail  that I feel like making friends with some of them and instantly rejecting others. Her novels are direct, witty and "unverbose", though I never have the feeling that I am being cheated in any way by her brevity, whether in a description of a location or in any of her retorts. The Village is a novel that is just like that. Sparkling, excellently structured and very readable. After reading this, anyone who has never lived in a village will be able to say that is no longer the case.  After several pages you will immediately fit in and know very well where you belong.

Ever since her debut, Petra Dvořáková has been introducing new topics into Czech literature (by which I mean phenomena in Czech society which for reasons that are not clear other authors do not take into account). (…) Describing country life at the beginning of the 21st century is actually innovative – the confrontation between individualism and regimentation, or from a different standpoint, identitarianism and globalization, has hitherto passed the "rural areas" by,  but this does not mean that a kind of soft Twin Peaks spirit cannot hold sway.  Village time does not align with time in general, people know almost everything about each other, privacy belongs to the commons, nothing is forgotten, and hatred is cultivated in every back garden.

Like many other small municipalities, this unnamed village somewhere in Vysočina lives off its annual festivities, amorous intrigues and grudges between neighbours. Petra Dvořáková has filled this world with perfectly observed types, whose dialect make them come across as even more racy.

[Her work] has been made more difficult by the narrative mode that she has chosen, with the individual characters providing first-person versions of the story, while the reader and indeed the author are compelled to accept their perspective. The linguistic distinctions between individual characters are marvellous – Dvořáková has really pulled off an exceptional feat, using dialect strata and language styles to distinguish her characters from one other based on background, generation and their walk of life.

A sharp observer of human nature, relations and vices mediated by an almost documentary-style insight into the modern-day Czech village. Here the author has joined the premier league of Czech prose. (…)In her latest book Petra Dvořáková has shown herself to be not just a writer with fine feeling for her characters' psychology. She has managed to portray the phoneomenon of the present-day Czech village at a time when the wounds from forced collectivization and the subsequent post-revolutionary restitution have only slowly healed. I believe her Village to be a possible contender for next year's Magnesia Litera for prose. 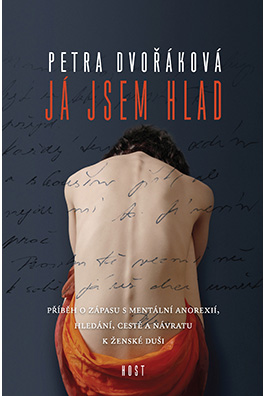 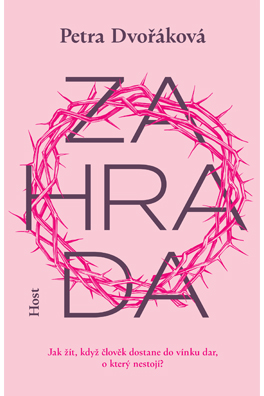