Places in the Dark

Loosely connected stories describing what goes on beneath the surface of the everyday. The female protagonists are off kilter and chaotic, but from a literary point of view everything is exactly where it should be.

Tereza is divorced and spices up her life with lovers. Klára is a bird in a golden cage. Eva has sacrificed herself to her children and family. Karla wants to enjoy life to the full. Alice is doing what she can not to be a cry‑baby like her mother. Petra has had about as much as she can take and is planning something drastic. Magdalena begins to yearn for something. Their stories may be different, but at a certain moment these women meet and enter each other’s lives without their even realizing it.

Lidmila Kábrtová follows her experimental debut Whom Foxes Drink Up / Koho vypijou lišky with stories of astonishing clarity. As in the short stories of Canada’s Alice Munro, words are handled like transparent foil, with nothing standing in the way of what is essential. Moments move about on tectonic plates somewhere beneath the surface of the everyday, and nothing will be as it used to be. But anyway, did it really use to be that way?

At times this reading is really painful. It is not some cut-price therapy to fast-track readers through the valley of shadows and offer them a rest on a flowery meadow just round the nearest corner. It focuses on quiet anguish that first needs to be seen close up. Understanding may follow later. This microscope is offered by Lidmila Kábrtová. It is marvellously focused. And the specimen? Readers may use their own.

Each of these short stories stands on its own, but together they form a well-integrated whole and an image of reality viewed from multiple perspectives: when a man brings home a bouquet every week, it does not necessarily mean that he is an attentive and loving husband; a rival in love, who horrifies us, is perhaps even more unhappy than we are; and injuries that we received in our formative years have formed our emotional landscape all our lives. Pure, exact, unostentatious prose that takes effect precisely where it should.

Fragments of various stalemated clinches in Places in the Dark / Místa ve tmě – the life-stories of all those naive girls and mendacious, sex-starved young men, and then the marriage-minded women who silently cook for husbands who compensate for their lack of self-confidence with their domestic domineering – definitely a candidate for the best Czech book of short stories this year.

This plait of women's tales comes from twelve story braids, though you will find out much more about the bizarre ways a man can gratify himself than about women's experience of sex. The author (1971) sets down gender boundaries that are sharp as a shard of glass, while the interhuman space is interlarded with them, perhaps with the exception of rural holiday homes in which a grandmother  and granddaughter hang out together. Kábrtová's evocation of situations is as precise as a police report. However, she can sensitively intersperse the drumming of icily terse sentences with long clauses that flow with the endless time that accompanies ripening fruit as it decays.  The motifs of compositionally disciplined stories intertwine like threads of Brussels lace flimsily covering up the collapse of human relations today.

This book is everything except ordinary women's reading. It is a serious, deep, sad book which tells us from every conceivable viewpoint about the most essential thing in life, i.e. the need for love and how desperately, painfully and tragically love is missing from human lives and destinies. This is the link between all the stories, which are separate but plotwise subtly interconnected within the book.

Here we have a rare, deep and very sad book. Perhaps it is this very sadness that weighs it down and impede the path to its readership, who would rather be entertained and amused than take notice of prose whose painful barbs are pointing at them. Places in the Dark is very painful – because it is truthful.

Jan Šulc, laudation for the presentation of the Czech Literary Fund award

No detail is too unimportant for Lidmila Kábrtová not to focus low-key attention on it. The small, fragile and cold world of her stories gets woven into the reader's mind like elaborate lace. When readers accede to this perspective, they begin to perceive their surroundings as if through a miniature painting, i.e. an embroidered burqa – the author does not permit any other view. However, what she does regularly permit is the incursion of an intruder. Every constellation that is outlined is attacked by an invading army, represented, for example, just by a list of the books thrown out into the dustbin. No, not even now will a brooding would-be short story become a thriller. Still, these details have a destructive force, but sometimes they are also healing. Lidmila Kábrtová's protagonists dream of a better world, often of a better household and almost always of a better quality relationship. And better sex. Kábrtová interweaves the coldness of postmodern detachment from others and from oneself with a passionate sensuality and a quest for the meaning of small things and minor transactions.  But then her book is definitely not small.

Kábrtová almost always starts off from a constellation of this kind – a weak woman is oppressed or abused by a dominant or devious man, or has already given up any effort to find a functioning relationship and so just indulges in occasional sex. And although it might appear that some variation of the same will soon start to get tiresome, the opposite is actually the case. It is by varying a model of this kind, as we penetrate deeper into that (at first sight) unoriginal constellation and state of antagonism, that the stories – and above all the book as a whole – gain in dynamism and urgency. And the (at first sight) stereotypical behaviour of the characters acquires new meanings thanks to their confrontations across different texts. In one place we find out how the situation from one story appears to an outside observer, while in another place the author gives us a clue as to what might have happened to a character from another story.

Stories that initially might recall models used in women's magazines are repeated again and again here. In Places in the Dark, however,  these turn into a testimony which from a literary standpoint is quite remarkable.  The intensity and originality lie in gradually persuading the readers that even models from women's magazines are ultimately not entirely banal. Kábrtová does not reject these models or use them as a target for mockery, but instead shows that they did not become models by chance, and that however much times change they are always present in society. And although they are normally for the most part ridiculed, literature need not disdainfully neglect them. 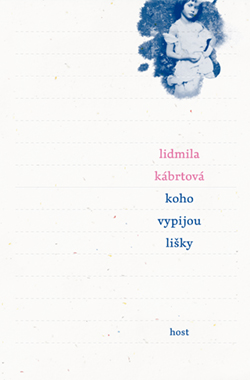 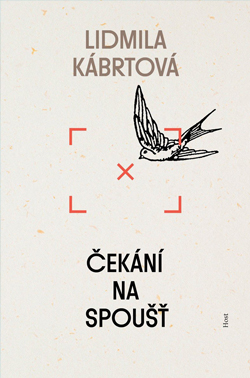