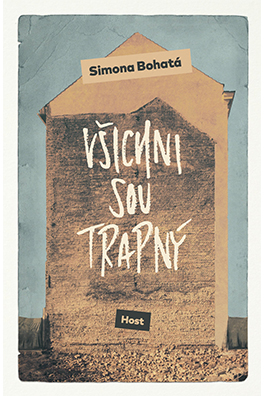 Joys and troubles in 1980s Žižkov, the famous Prague suburb, when it was all too easy to ruin a life. Not least your own.

Teens Bóža and Růža are inseparable. Martin speaks with no one and is as mysterious as the proverbial Carpathian Castle. The girls nudge one another and compete to be the most embarrassing — or so the boys think. Still, they would like more to do with them. Simona, for instance — she’s even got a video player at home! All in the same class at school, under the watchful eye of Jura the teacher, they are doing their best to grow up. All this against a backdrop of 1980s Žižkov, a world of its own against the big, wide world of Prague, where they rarely go. Secret police, hookers and moneychangers may cross the border in both directions, but kids, cripples and abused animals are at home only in Žižkov.

Simona Bohatá’s acute work of prose has a distinctive atmosphere. The place is the periphery, the time is the limbo of the Normalization years, the protagonists are children. The language is that of the Prague tenement, its galleries, passages and yards. Out of the fragmentary narrative emerges a picture of a special world which barely exists today. Yet in this work there is no nostalgia for Normalization.

„Everybody might suck, but Simona Bohatá definitely does not. For the second time (her debut was in 2017) the author has squeezed the very best out of herself: a combination of Hrabal and Pelc.

A rough sketch of Žižkov in the late 1970s and early 1980s. Political normalization proceeds apace, along with the demolition of the old buildings. It is actually a double defeat, as people lose on all fronts, while victory goes to the triad of the gross secret policeman, the conciege informer and the malicious brat. Socialism with an inhuman face in a nutshell. Fortunately, even in times of poverty Bohatá rakes up a golden bedrock, made up of the hope, strength and defiance she writes about in Everybody Sucks (published by Host). One of the best books this five-year plan!"

"The novel Everybody Sucks is totally lacking in any effort to provide the reader with ideas to save the day, which Czech literary output is so full of this year. Here normalization is described in hints and outlines, like a documentary film that does not disrupt viewing with a presenter's know-it-all comments on tragic human stories and other gloomy situations.

(…) It is the grey routine and ordinariness that give this book its exceptional quality, as it is not about the individual fortunes of people who live in certain streets or courtyard landings, but a social situation in itself. In the backdrop to this tale of Žižkov families we gradually get to see that the primary subject is the transformation of society, as the dull greyness gives rise to aggression and anger, which often grow into a need to take it out on those who are weaker, while the positions of those who are stronger continue to become entrenched, and hardly anybody wants to confront them. Here we face what is practically a textbook illustration of the victory of slave morality, as described by  Nietzsche, not only involving the ever-present spies and informers, but also mindless brutality towards family members and animals. These people not only accepted the existing order but totally submitted to it – the normalization of their minds culminated in the eradication of their last remnants of dignity.

(…) This is primarily a story that is full of humility and an outline description of recent times, with the fortunes of individual characters briefly presented. (…) Its beauty lies primarily in its modesty and its practically documentary precision."

"Simona Bohatá is a born storyteller who excels in atmospheric descriptions of life on the fringes – of socialist society as well as of the city of Prague. Her new book – in which the genius loci of Žižkov is to the fore – is a remarkably authentic depiction.” 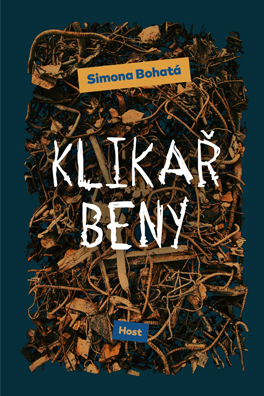