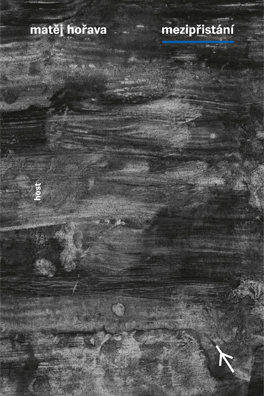 This author’s debut work Distilled Spirit / Pálenka, most of which is set in a Czech village in the Banat region of Romania, made quite an impression. His second book, too, is informed by his own life. Stopover / Mezipřistání is set on a prefabricated housing estate in Tbilisi, the capital of Georgia. Everything here is new for the narrator: the strange land, the paths to take, the people, the incomprehensible language. To battle fatigue caused by the greyness and chaos of the big city, he makes occasional escapes to the Black Sea, the Caucasus, Moravia, Bohemia, his childhood… Captured in lyrical, figurative, rhythmic prose, the lives of the characters – often hard and marked by bitter experience – merge with the life of the narrator.

”None of Matěj Hořava’s Czech contemporaries can match his lyrical, figurative, rhythmic prose. I have rarely felt so privileged as an editor working on a manuscript.”
Jan Němec, writer and editor of the book

"I put the responses to Hořava’s debut work Distilled Spirit / Pálenka down to a liking for the romantic idea of a simple life close to nature among our Czech compatriots in the Banat.  My mistake! Matěj Hořava knows all about that urge that never lets you stop and rest, and he has his serious reasons for this, which are suggested in his latest book Stopover / Mezipřistání.  Hořava is a writer in exile, however odd this may sound in a world of permeable borders. His sensitivity, attention to detail and narrative skill, which enables him to transport readers to a gloomy housing estate in Tbilisi (“the Caucasian wind had brought down the electricity lines somewhere”) or carries him away with the last of the Doukhobor sect living on the plain under Mount Shaori, all of these are just digressions, however impressive, from the main topic, which is home."

"That moment of wonderful surprise over the discovery of a previously unknown talent will of course not be happening again here, but we still have the pleasure of knowing that in Stopover Hořava has come up to the standard that he set for himself with his outstanding  debut work."

"The autobiographical chief protagonist again  records the dust of the Old World, the simple  appeal of nature and the oppression of civilization,  populated by  ruffians with dreadful destinies, refugees, those who have  lost their loved ones,  and eternal seekers as he was himself.  This is writing that is revolutionary, different, bold, dreamlike, deep and wild. (…)

As soon as the readers accustom themselves they are dragged off into the eerie timelessness of blacked-out estate apartments and bars.  Evil sounds, rhythmically repeating backdrops, declamations and meditations over the past, descriptions of monotonous activities such as lawn mowing and drinking, or rather boozing Distilled Spirit, red wine, Georgian cognac... This leads to something like a trance on the part of the recipient, and as in the case of difficult reading, e.g. the prose and poetry of Daniel Hradecký, another  disturbed North Bohemian, to an awareness of the certainty  that this teacher also struggles painfully with writing and living."

"It is hard to say not only what this book is about, but also what it is. The individual texts can be read independently of each other, in various orders, and there are no internal connections or complex story arcs.  (…) The lyricizing passages contrast with the colourfully portrayed experiences of Georgian celebrations, weddings and households.  (…) It is this frequent alternation of perspectives and environments, combining in the local colour of the Czech-Georgian landscape, that maintains the pace and motivates you to read on. (…)

The great strength of Hořava’s writing lies in his emphatic individualization and the narrator’s almost magical charisma.  Even though Hořava’s excellent book comes as no surprise, he has definitely confirmed his position with its text."

The contribution made by Matěj Hořava to Czech literature is extraordinary. (…)

Some might see the appearance of Matěj Hořava in Czech literature as  standing in for the prematurely departed Jan Balabán (1961–2010), (…) but Matěj Hořava is definitely not a travelogue writer, and he does not act as a guide around the Banat or Georgia. Both his books are at most guides to the life of a solitary young man, who is too sensitive to accept the entire world around and his life circumstances without issues. In the case of Jan Balabán and his characters, the perspective is that of substantial consumption of alcohol to suppress the pain caused by observing the temporal world, while Matěj Hořava’s case primarily involves escaping from himself and from the Czech reality. Even though here too there is also considerable indulgence in alcohol, as the title of this debut  indicates. In both cases, there is also the presence of faith.
It will hopefully not sound exaggerated to say that in this respect Matěj Hořava is exceptional these days. He is returning something quite basic to Czech literature that is rapidly disappearing beneath the sediment of  headstrong younger writers’ self-promotion, i.e. the fact that the true artist in the literary sphere is the one who manages to perceive his defeats in life, which he is able to record and describe in such a way as to turn them into artistic victories. (…)
Like those in Distilled Spirit, all the prose pieces in Stopover come across as authentic and plausible. In simple terms, we read about what happened to the person who wrote about it, and we believe that everything written there really took place exactly as it is written, which is certainly a naive approach, but all the same, being able to make the reader adopt such a view is proof of the power of a literary text.  (…)

This is a title that Czech literature can definitely boast about."

"A mature style, distinctive writing, the freshness of exotic backdrops, the lyrical, reflective mood of highly rhythmatized text, full of inserts and  pauses, unconcealed autobiography and the thematization of language – all of these key attributes in Distilled Spirit, which  earned Hořava the Litera prize as discovery of the year,  can also be found in his latest book, which has again been edited by writer and editor Jan Němec.

Stopover promises the same kind of strong, intoxicating reading experience that Distilled Spirit offered a few years ago, particularly for those who just like me were enchanted by Hořava’s debut and who sought out his next book with the same impatience.  (…) But as far as I am concerned, Hořava’s unique and unmistakable poetics have definitely not been exhausted even by his second book, so I am now genuinely curious as to where this author is going to take his readers next."

"The most artistically valuable prose that I have read in original Czech literature in recent times. Five years ago I was impressed by Hořava’s debut Distilled Spirit, and I internally filed him alongside such storytellers as Ota Pavel.  Hořava’s  disposition as an author opens him up to the details and nuances of human  intimateness and allows him to improvise within a small space, while he is not seduced by the  superficiality and impact  of grand sweeping gestures and empty rhetoric.  Whereas in his first book the narrator was projecting onto the backdrop of the Banat, in this collection of short stories he comes to be enchanted and yet hurt by the reality of Georgia, where he worked as a university lecturer, though be aware: there is not a hint of the academic here. A subtitle like How I Met People would work very well here.

An unprejudiced openness towards difference is par for the course with Hořava, who beatnik-like blows a wind of freedom through the space of contemporary Czech literature, cluttered by its petty stereotypes.  However, Hořava’s empathic meetings with heroes do not come across as maudlin, but are borne along by a kind of special objectivity measured out with emotional nodes that emerge out of the narrator’s consciousness from the depths of his childhood like a calibration gauge.  The attractiveness of the exotic backdrops before which the heroes’ stories are played out is not highlighted and does not raise any suspicions of being an end in themselves, but combine into an organic image of this world, where the cracks in a Caucasian glacier have the same weight and significance as a lush chateau garden in Bohemia. Hořava loves the sea, the air, the mountains and birds. The elements are his element, and at home by the fireside he would perish. He needs a big wide and varied world."

"Hořava’s narrative method works. Reading his text evokes a strong sense that something living is within reach, almost here, but forever just evading direct contact.  This living thing shines out from beneath the text, from behind the individual images, faces and words. (…) Stopover is topical: it offers an image of the world that is very contemporary, with numerous present-day issues clearly evident within it, including wars, migration and multiculturality, intergenerational relations and even new forms of communication. These problems, which ultimately intersect in human suffering are not actually the subject of deliberation but outline the background to the text." 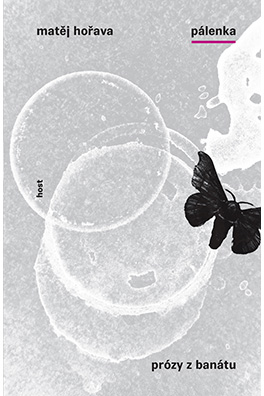