Continuity in the Park 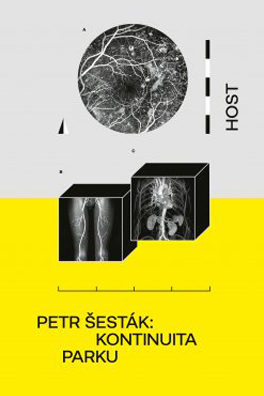 Existential novel with grotesque undertones, set in the present where Europe’s East meets its West

Everything is speeding up. Only trees stubbornly insist on growing slowly.

It's time for Josef to stop wasting time. After years of studying and living abroad, he returns to his birthplace to lead the ‘responsible’ life of a secondary-school teacher. The open arms waiting for him in the picturesque border town are like a freshly set trap. The world may be turning into a global village, but a small town will always be a small town.

This grotesque novel of existence and anamnesis is set where Europe’s East meets its West, in a small town in a small country. The continuity of this intermediate space has been broken several times in modern history. By addressing factors that shape individuals and society, the narrative offers a key to understanding the present of a post-communist area defined by a monumental hangover from the previous regime and problems of transformation to capitalism and democracy.

The author on the novel

Ours is a fascinating age. I have lived through two great revolutions already – one geopolitical, the other technological. It made sense to place crossings, transitions and borders at the centre of my novel: the town is on the frontier, and the country (and, indeed, the region) stands at a crossing between totalitarianism and centrally planned economics on one hand, democracy and totally unplanned, mafiistic capitalism on the other, all stirred up by forces of East and West tending either towards nostalgia for totalitarianism or ignorance of current problems. […] How much our society needs to reflect on its recent history and present! After thirty years we are still grappling with the most basic political, economic and social concepts.

From an interview with poet and commentator Radek Štěpánek, on Kavárna Host blog

Rather than a small town, I see the environment of the novel as a kind of aquarium where processes are easy to observe, including those at the highest level. It could as well be a novel about a small country on the frontier between East and West. In recent years I have realized that if there were to be a major crisis, it is unclear which side this country would incline towards. Thirty years on from the Velvet Revolution, old structures and old thinking have been shown to retain a powerful grip. Our connection with the onerous past remains strong. Meanwhile, part of society is deeply disappointed with the capitalist transformation.

From an interview with Markéta Kaňková, on Český rozhlas [Czech Radio]

"If you come to this book after several Czech bestsellers, your eyes will light up. At last, sentences that are looking for something, lead somewhere and go beyond the superficial!"

"A disturbing, provocative, subversive book, Continuity in the Park issues a challenge to the dominant discourse of a ‘victorious 1989 revolution’."

"Šesták’s remarkable amalgam forces the reader to form their own opinion on everything that happens and is spoken about in the novel, as well as on how it is spoken about."

"Šesták has created a work that is formally and dramatically daring while never taking itself too seriously. How many novels with a prologue in verse are released these days?"

"In my view, this is one of the best works of prose of the past year."

"This book was one of the literary events of the past year."

"The novel’s greatest strength lies in its ability to reflect. Šesták captures certain failings on our path to democracy – including the social frustration of the older generation, the problem of relations between the state’s centre and its peripheries, and a hatred of otherness – with great accuracy, and he reveals their roots. The book’s title and what happens in it with the municipal park are seen as symptoms. We lack a sense of continuity from past to future, even though the here-and-now offers too little for a well-rounded existence."

"[Šesták’s] style is best compared with photography: a capturing in a viewfinder of the state of things at a given second, resulting in a photograph that can be studied for many minutes. Stopped time reveals meanings that in reality we would overlook. A photograph does more than simply record: it may produce a commentary, even an essay. And just as a good photographer is the key to a good photograph, in Šesták’s novel the narrator is the centre of things, with the utterances of characters reaching us only as summarized, semi-direct speech blended with sensations and mind-sets. No one gets to ramble on; the author chooses and condenses to produce a work that is more narrative essay about thoughts and feelings than report of what happened where.

In capturing the essence of a small town as a small space, Continuity in the Park features neighbours in the building where the protagonist lives, the grammar school he attended and at which he now teaches, and his trips to a garden on the outskirts of town. It is a story about his attempt – informed by longing and, as it turns out, illusion – to go back to his roots. Josef appears in his hometown believing that even small things can have great meaning, for they contain our past. The problem is, in a small world, big-world trends come across as parody or misunderstanding. Attempts to hark back to one’s roots and one’s ancestors come to grief, leaving in their wake a nostalgia which will give way to warring cliques hungry for local power, a xenophobic mind-set, and a horror of anything that reaches beyond the conventional."

"The environment of the small Czech town has provided Czech literature with a fertile theme since the 19th century. In the prose fiction of today, however, this town tends to be characterized by its peripheries, and through motifs of post-capitalist, post-industrial economic and social hardship. […] The basic plot of Continuity in the Park draws on an even older topic, based on the interaction of a small-town environment and a native son of the border town in question, a returnee called Josef. In Josef’s return to his hometown from the ‘outside world’, there are echoes of Odysseus.

Here, the periphery becomes a theme in itself. It is a space that either stagnates or, in the best case, develops away from the centre, with differences being magnified very quickly, modern technologies notwithstanding. ‘The global village!’ comments Josef aptly. ‘All those Nets and smartphones and satellites and more efficient infrastructure have done nothing that would bring the periphery even a tiny bit closer to the centre.’

The essayistic parts of the novel really hit home, as well as having a certain originality in the context of contemporary prose. Rather than making fun of venomous landladies, zombie-like teachers and actors in the cultural life of a town who dread the mayor, they aim to reveal mechanisms that govern their lives.

Continuity in the Park is most convincing when placed within the latest prose fiction set in the present. This novel aspires to more than mere small-town satire; it goes beyond the positions of those younger writers who invest their heroes with a critical worldview that prevents them from playing by ‘small-town’ rules."

"Literary critics have nothing but praise and appreciation for Petr Šesták’s novel. This story of a teacher returning to a small town can be read as the testimony of a generation. It is also a work of high artistic ambition. One aim may serve to dilute the other, but that is certainly not the case here. We can expect to hear more about Continuity in the Park."

"Five years ago, the novella Love in the Time of Global Climate Change by Josef Pánek (b. 1966) had a special impact. Last year’s Continuity in the Park by Petr Šesták (b. 1981) has had a similar one. […] Šesták’s novel soon draws the reader in, as much by its measured tone as by the story, establishing its attractiveness by the narrator’s honest striving to identify and characterize the Czech present through its communist and post-communist past and typifying characters. […] I struggle to call to mind another work of Czech prose that takes such a conscientious, fair-minded look at the pile-up of unaddressed barriers with their roots in Czech, Czechoslovakian or central European history and succeeds in the attempt. […] Continuity in the Park is a remarkable achievement."

"Continuity in the Park is a report on today’s world presented at a brisk pace and without embellishment. And this report is well worth reading."

"Petr Šesták makes masterly use of contrast and irony in this novel. […] He has produced a work that goes beyond the everyday notion of what a novel is. Part comedy, part tragedy, it is a surprisingly readable whole that makes us think about where those thirty years have brought us, collectively and individually."