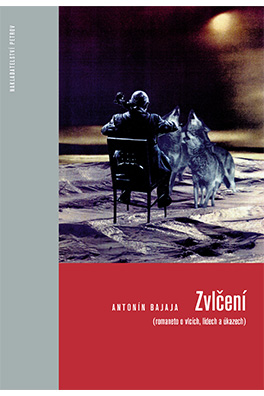 Growing Wild. A Tale of Mystery and Imagination about Wolves, Humans, and Phenomena / Zvlčení. Romaneto o vlcích, lidech a úkazech has an elaborate composition, which is used to great effect in the build-up of excitement that reaches its climax in a dramatic denouement. The first twelve chapters describe two regularly rotating story lines, where the odd ones concentrate on a human family, the even ones on a family of wolves. This is also reflected in the chapter titles: Humans, and Wolves. The first chapter, opening with the sentence “Yesterday it was exactly two years since it happened”, lets the reader know that the tragic event in question will be described in retrospect. The author works throughout the book with parallels and reflections at various levels of the text (time, space, themes, situations, characters), and the story is often interrupted by internal monologues of the characters from the book, displaying the richness of their thoughts, emotions, memories, and connections with others.
The author presents the fascinating lives of the wolves in great detail, following these parts with poetic descriptions of natural scenes, which enables the reader to create his/her own colourful image of the changing landscape through which the wolves wander.
The lines of narration (wolves, people) intersect in the last three chapters, when the two worlds meet. Here, the author escalates the tempo of the narration by means of rapid switching from one to the other.

"No matter how we read or perceive Growing Wild, the result will always be the same: this balladic story, with its topic, environment, and style, shows many differences with the rest of contemporary Czech prose work, and represents a truly amazing literary event."
Erik Gilk, Aluze

"Growing Wild is a novel about man face-to-face with wolf, and wolf face-to-face with man; it is also a novel about time, about gods, about God… It is a work of magic realism, in which reality and myth fade one into the other in a world of giddy depths. Told in a language of great purity, besides secrets and passion Bajaja's novel contains a liberating humour which is often invoked by the absurdity of exaggeration. An extraordinary work!"
Jan Schneider, MF Dnes

"This writer holds us spellbound with the literary power of his beautiful episodes, the moving scenes from the lives of humans and wolves, his canvas of myths and distant deeds: all of this he adds to the mix of his individual motifs and time scales, more than once with the pin-point of a single word within a sentence or situation."
tsk, Týdeník Rozhlas

"It seems to me that this vivid and flexible tale could easily be made into a film. Bajaja's work is surely in the vanguard of the Czech literature of the past few years. It is an enthralling story with an engaging and somewhat mysterious plot which is inventive in terms of both its language and its content. And that is quite something."
Pavel Kotrla, Týdeník Rozhlas

"This is a stirring song on the eternal theme of man and nature, an epic with the same power as Olbracht's outlaw of the Carpathians Nikola Šuhaj. A work draws from the greatest depths of the collective memory of all that is living."
Mojmír Trávníček, Aluze

"Though the style of the work is economical and understated, it is not unpoetic nor does it lack the charm of the colloquial; indeed, these features serve to raise the effectiveness of the storytelling, making of the prose an extraordinary phenomenon."
Hugo Rak, Lidové noviny

"The author has aimed his fifth work at the heights where Márquez and Aitmatov reside, in a kind of storytelling which blends reality with dreams, legends and myths, and time twists like a serpent. For all this, the story remains tethered to the ground of Moravia/Slovakia and its strands come together in the manner of a well-constructed puzzle to create a wonderfully readable work."

"An ingenious and severe work of parallel tales (…) takes in the conflict between the She-Wolf and Markéta on a kind of classical greatness, the like of which we seldom encounter in Czech fiction."
Vladimír Vlasák, Xantypa 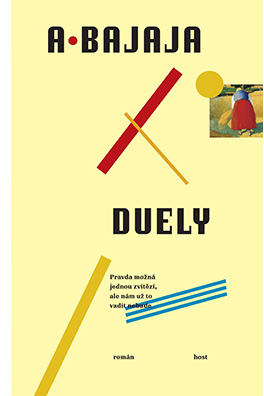 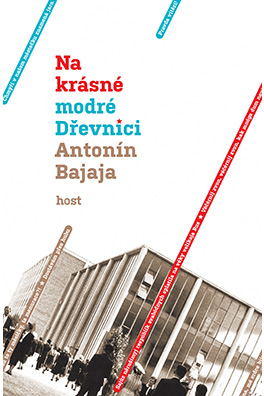