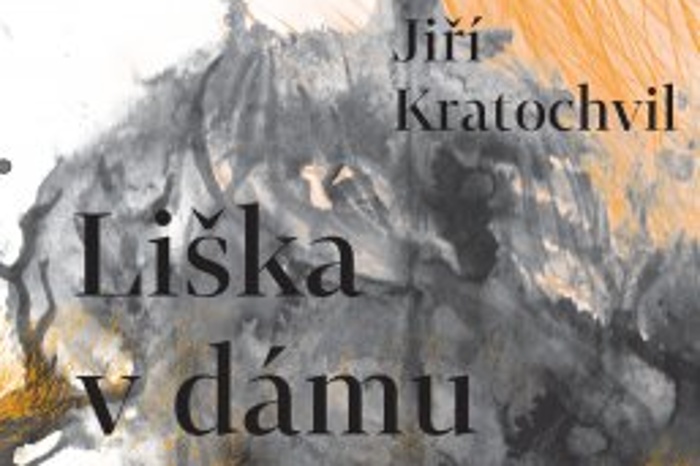 On Monday, 31 August, following a five-month delay because of the coronavirus crisis, the winners of the annual Magnesia Litera awards were announced. The Prose prize went to Jiří Kratochvil for the novel Fox into Lady / Liška v dámu.

In an article for the Lidové noviny daily, Radim Kopáč writes:

“Jiří Kratochvil – one of the greatest talents of Czech prose active since the changes of ’89, a pillar of Czech postmodernism, an irrepressible storyteller inspired by the novels of Milan Kundera and the magic realism of Latin America – has done it at last! His voice unmistakeable from the very first sentence, Kratochvil excels as short-story writer, novelist and essayist. Fox into Lady is a typically brilliant offering that in its depiction of the destructive totalitarianism of the 20th-century, most notably Stalinism, goes very much its own way. The transformation of the title is a snug fit for Kratochvil’s fantastical plan: one day you’re down, the next you’re up; what was true yesterday is today true no longer. Deal with it, dear reader…”

Statement by the Magnesia Litera jury:

Jiří Kratochvil, one of the most translated Czech authors, represents a contemporary Czech prose that rejects traditional literary realism. Set in the 1950s, the novel Fox into Lady has two intersecting storylines. The more realistic tells of a young labourer from Brno called Pavel, a promising informer for the national security forces who, because of his gift for languages, is chosen to go over to the West to create a diversion at Radio Free Europe. The more fantastical story is that of a young fox. Stalin (referred to as the Master) sets scientists at the Pavlov Institute the task of transforming the fox into a woman. Called Sylva, this woman will head Westwards to murder Winston Churchill. The storylines come together when the two protagonists meet in the free world – after which life itself proves stronger than the intentions of those on high. The novel Fox into Lady is a tribute to the literary imagination; more than just a play of words and images, it is a powerful story of the interconnection and incompatibility of different worlds and a celebration of human and vulpine freedom.